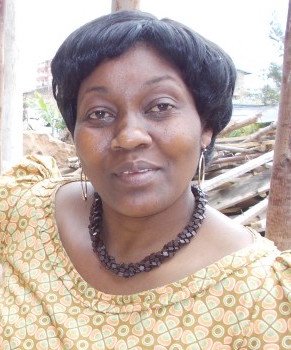 Lilly Oyare founder of Little Rock Inclusive Early Childhood Development Centre is a teacher and change maker based in Nairobi, Kenya. In 2003, she quit her job to help children in Kibera, Nairobi’s largest informal settlement. She had noticed that children from Kibera, were living conditions are difficult and services mostly none existent, were not well prepared when they started at primary school and as a result tended to lag behind their peers. And so decided that she wanted to help by providing them with a better start so that they would be better prepared to enter local primary schools. Now Little Rock provides early childhood education to 400 children and over 1000 children have passed through the project since it first began.

I worked with Lilly as a partner and supporter when I was Director of AbleChildAfrica and in a recent episode of our Change Making Women podcast, Ziada and I caught up with Lilly and asked her about the project and how it is changing childrens’ lives,why she accidentally became a passionate advocate for inclusion and how the project has developed and grown over the years. She also gave us her advice for others starting change making projects of their own.

A particular feature of the centre is that it is Inclusive of children of all abilities. Lilly told us that one day in 2006 a mother brought her child to the centre and staff quickly realised that the child was not able to walk. She said she and her colleagues asked themselves what they would expect the Centre to do if that had been their own child and as a accommodated her daughter, who had cereal palsy in to Little Rock. Staff them learnt about cereal palsy and that first student inspired them look for other children like her and that is how they became a fully inclusive centre – because they found so many other disabled children in the community. These days sign language is taught to every child in the school so that everyone is able to communicate with those children who are not able to hear. This inclusive model is something that Lily and her team are now trying to encourage others to work with.

Lilly told us that the biggest challenge founding and running Little Rock has been accessing the resources needed to run the centre which charges only a small commitment fee to parents who would otherwise be unable to afford to pay for schools or nurseries for their children. Lilly started out asking friends and family contribute to her work and support by providing tangible items that were needed, for example, to bring sugar, or cooking oil or flour. However now that the project has grown so large that she can no longer rely on that kind of support from well-wishers. Instead a number of different organisations and companies now sponsor the project. More recently Little Rock are also undertaking local fundraising including holding a fundraising dinner and this year a walk as well.

What did Lilly want to share with other women who have a change making idea? ‘It starts with a passion’, she told us. ‘You must have the passion for you to be able to make a difference because you cannot just say here I am you must have some driving force in you, what change do you want to see? I want to see a community where children are given an opportunity to go to kindergarten because I believe it’s the foundation and I have dedicated my life to do it.’

‘I don’t wait to be paid. I don’t wait for somebody to recognise my work. The focal person is a child. When I walk in to Little Rock and I see the smile of those children, when you are walking on the road and you see them identifying with you. ‘Teacher lily how are you?’ And then them coming back to tell you their results. The children have been my driving force’

Her advice? ‘You just have to have that faith in you that you will make it. Funds should not be the guiding thing, you can start small. We have grown from 12 children on our first day to 400 now’. Another thing she told us was that it is important to make sure that you are out there looking for new things. ‘Little Rock started with an ECD programme but this had given birth to 11 different programmes and all of these started because of a need we saw in the community’

To find out more about Lilly and Little Rock find them at www.littlerockkenya.org, on Facebook or see a video here on You Tube.

Meanwhile if you have a passion and want to get your change making project started I am offering a free five day course called Concept-ion Class designed to help you get started. It incorporates some of the lessons I have learnt from working with amazing women like Lily. Sign up below to receive it and begin making a difference now:

And send me the 5 day email course designed to help me get started with a project that will a difference in the world.

Congratulations, You've signed up for Concept-ion Class! Now check your email to confirm your subscription.

It’s time to take a stand against burnout, depletion and exhaustion and find a new way of making a difference. One that honours our cycles. Sustains our energy. Respects our need for balance, rest and play, and blazes a new trail for future generations. Together, we can create a new approach to creating change in the world.

maryannclements.com is managed by Embodying Change Ltd, 1 High Street Mews, Wimbledon Village, London, SW19 7RG which is a company registered in England and Wales, No 7020320